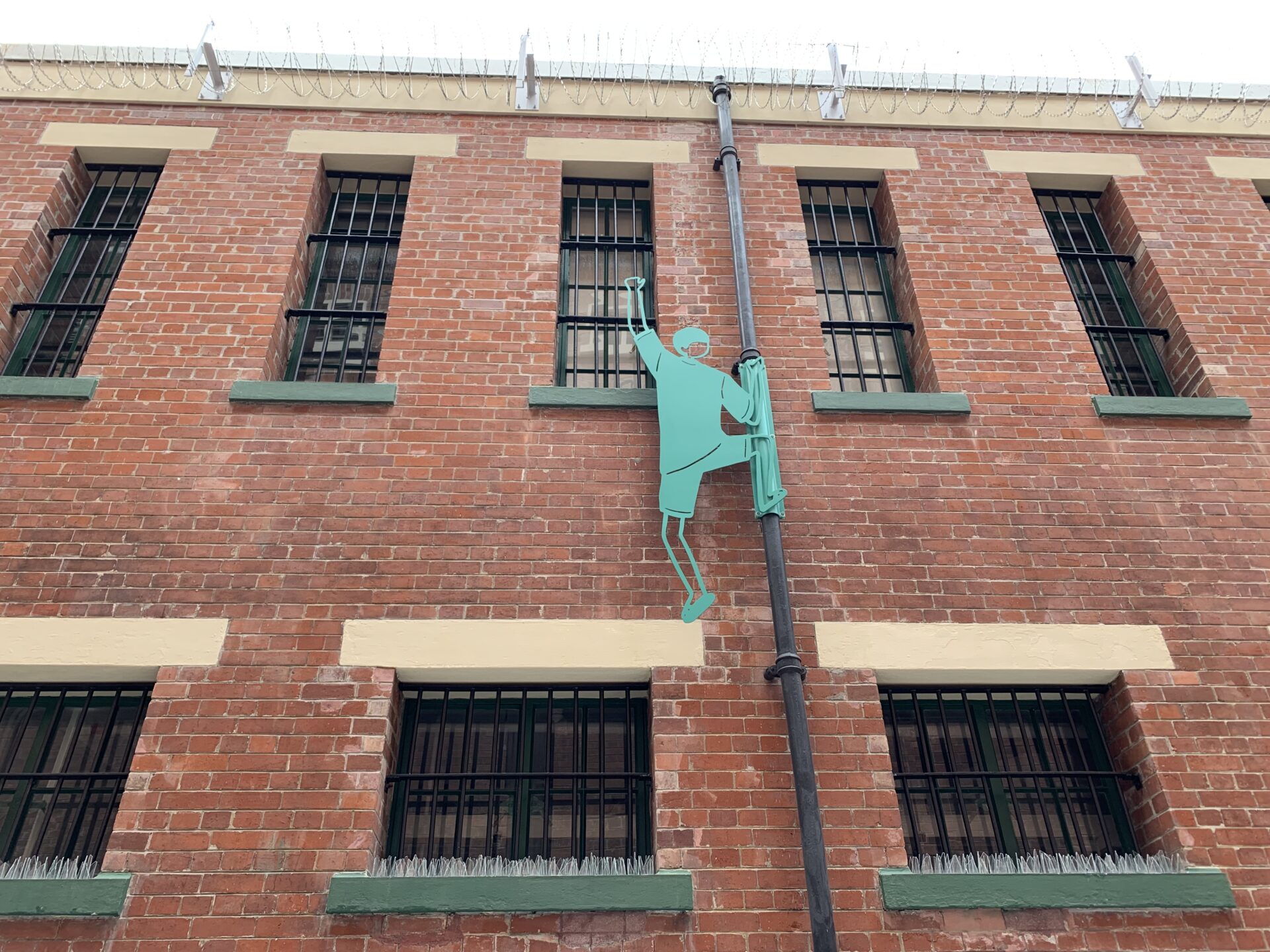 Tai Kwun, the former police architecture and jail, now become one of the most photogenic landmarks in the SoHo district of Hong Kong. (photo by Catherine, Chan Wai-Tung)

In 2008, the Hong Kong Special Administrative Region (HKSAR) government started its revitalization project in partnership with the Hong Kong Jockey Club. After 10 years of maintenance and construction works, it reopened to the public in May 2018. On top of the conversation of historic buildings, two new arts complex – JC Contemporary and JC Cube were built for art exhibitions and performances. They were designed by Swiss architecture firm Herzog & de Meuron, with both facades made of recycled aluminum to express its concept of eco-friendliness. Being a highly anticipated heritage conservation project, Tai Kwun won the Award of Excellence in the 2019 UNESCO Asia-Pacific Awards for Cultural Heritage Conservation in 2019. However, besides appreciating its architecture and exhibitions, we should also be aware of the authenticity of the historical representation.

Tai Kwun generally adopts a relaxing and humorous style for historical exhibitions. During the period of May 25 to September 22, 2019, it held a special exhibition titled “Tai Kwun 101” for the celebration of Tai Kwun‘s 1st anniversary, in which the curators tell stories about the work and life in the Central Police Station complex from 101 selected objects. The exhibition paid attention on accessibility, because most exhibits are replicas, audience can observe, take photos from close distance, or even touch the objects. The exhibition galleries are divided into three areas, each of about 500 square meters. The commissioned design company “onebite” reinterpreted the simulation scenes using abstract geometric structures. There were zones of divided by distinguishable colors: report room in blue, F Hall of Victoria Prison in green, the court in yellow and Immigration Department in white etc., these broke through the stereotypical impression of historical display in dusty colors. The interactivity of “Tai Kwun 101” also shown in its role play game, in which visitors were invited to choose from 5 characters, namely police officers, jailers, prisoners, justices of the peace (JP, community leaders entitled by the government to visit prisons) and citizens.

Not long after the opening of this exhibition, Anti-Extradition Bill (Anti-ELAB) movement in Hong Kong began. When the Chinese version of this article first published (February 2020), the exhibition was ended for almost half a year. However, the social incidents still have not been solved. While the Hong Kong government calls for “Together, We Fight the Virus”, relations between the police and public have gone from bad to worse. As Dr. Lawrence Ka-Ki HO, Assistant Professor in the Department of Social Sciences at the Education University of Hong Kong, pointed out, “support the government and neglect the public” has been a tradition for Hong Kong police since colonial period. In early years, the British appointed people with military or police work experience as leaders, introduced subordinates from other colonies, and recruited locals as constables, such that security maintenance teams were formed to protect British interests in the colonies. Therefore, the establishment of Hong Kong Police Force does not necessarily rely on public support, and it has always maintained a top-down bureaucratic structure. After the fierce police-public conflicts during the Umbrella Movement in 2014 and Mongkok “Fishball Revolution” in 2016, the government is determined to strengthen its armed forces. At the same time, through education and public relations, it wants to improve the public image of the police force. As audience, we should be conscious whether the authorities are using historical relics and art for political whitewashing.

* Tai Kwun (大館) means “big station” in Chinese, is the colloquial name used by the locals to refer to this former Central Police Station compound in colonial Hong Kong.