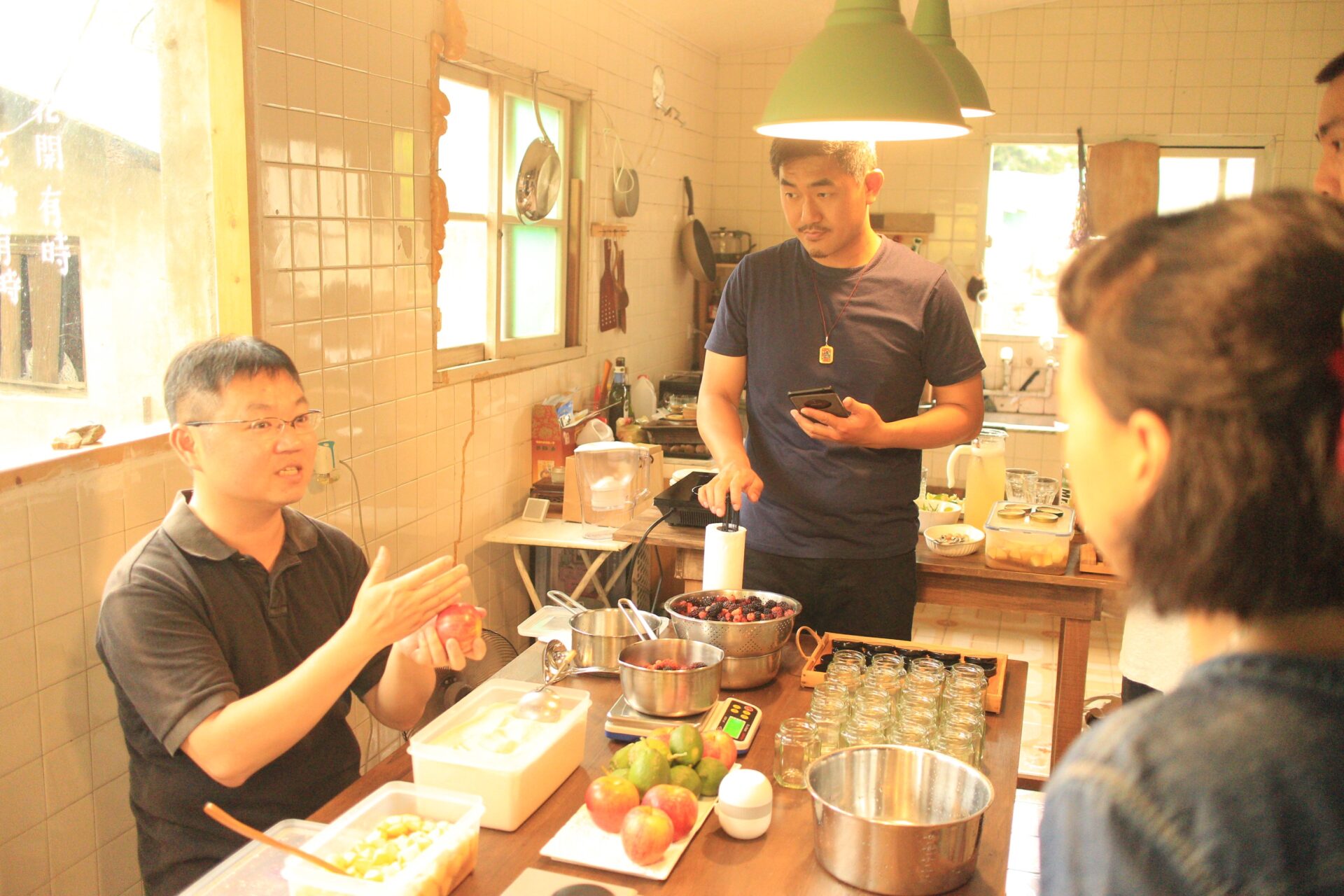 Fruit harvested from the trees in the courtyard of the Japanese-style living quarters are used during a jam-making course. (Photo provided by Printsgarden)

In addition to rich cultural and historical resources, the arts village at Lane 321, Gongyuan Road, Tainan, is also preserving the diversity of flora and fauna. Originally the site of the official residence for the Second Japanese Infantry Battalion during the Japanese colonial period, and later living quarters for lecturers at National Cheng Kung University, this was also the site of the former residence of artist Koeh Pek-Chhoan. On May 13, 2003, Tainan City announced that the site had been made a municipal monument. It was returned to the Ministry of National Defense in 2012 and managed by the Tainan City Government.

On March 23, 2013, the Lane 321 Arts Village was officially opened to the public. Before funding and planning for the restoration and reuse were secured, the Tainan City Cultural Bureau carried out a two-year, three-phase project to recruit art and cultural groups to manage the space up to the end of 2018. Today, most of these groups have moved away, but some have continued to run operations right up to the start of the restoration project. (Note: Restoration project has started since July 2020. Nowadays, all art and cultural groups had moved away.) Various experiments with space reuse and practical measures have been tried, yielding a wealth of experience and models for future reference.

In the past, the focus of cultural asset preservation was the preservation of tangible and intangible cultural resources, while natural resources were not as valued as carriers of memory and signifiers of past life. Printsgarden’s art residency project at No. 37, Lane 321 is a worthwhile case study in the preservation and reuse of natural resources. Before the resident group moved in, this building acted as the living space for Professor Fong Yuen of National Cheng Kung University and his family. In the process of reusing the space, the team consciously preserved memories of past life and carefully detailed on explanatory cards the stories told by plants in the courtyard.

In past times, when people were more practical and resources scarce, most people would plant their courtyards with fruit trees to grow fruit for eating or cooking. At No. 37 there are trees with edible fruit such as mulberries, avocados, and acerola cherries. The avocados and cherries in the front yard were planted by former resident Mrs. Fong. In addition to putting up explanatory cards on the trees, the resident team are making use of the ripe fruit, bringing in friends from the food & beverage industry to use them in cooking classes teaching how to make guacamole and cherry and mulberry jams. This way of incorporating local natural resources into the daily life of space reuse and preserving memories also continues the dormitory’s tradition of simple living and self-cultivation.

Mrs. Fong and her daughter, who works abroad, have come back to visit their old home full of family memories. The daughter has also posted a clip on the group’s Facebook page in which she records her feelings during the visit. The co-management and project management at No. 37 is a fascinating reference case of an art village continuing the life memories of different times and spaces through regional culture and natural resources.